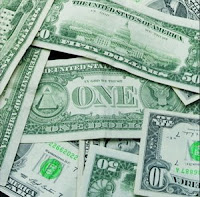 If you missed Nightline the other night, you missed a good one. However, have no fear. The video is available at ABC's Web site. I was truly disgusted by the stuff I saw and heard. The two employees, even if they were rogue employees, irritate me to no end. And it makes me rethink this Credit Card Bill of Rights stuff. Maybe it truly is needed. After watching the Nightline show, I'm thinking that it likely is.

Do I think this stuff happens? Yes. Do I think it's widespread? No. But when you give these CSRs incentives to move direct deposits and balance transfers (so that they can win internal contests), you get these kinds of tactics.

Here is a quote from the Nightline interview:

"I was essentially finding a way to force you to take $100,000 or whatever, interest free, thinking that you're getting a good deal, and knowing that it's unlikely at the end of the initial period you're not going to be able to pay it back, and you're going to be in debt for the rest of your life."

But it gets worse. According to the former MBNA employees, the card company would decline the credit card for the slightest reason. When the customer called in, the pitch was on:

"You could be in a restaurant and your card gets declined, what do you do? You have to call in," Colombo said. And that meant another chance to sell. "Sorry about the dinner, we'll fix it so you can pay for the dinner, and by the way, you have $20,000 available so let's find a way to get it into your checking account."

There is more, but you can watch the entire Nightline video for yourself: Are Credit Card Companies Dealing in Debt?

Those dirty ('ll be nice and omit the right word) screwed my credit up real bad before being sold to BoA.

Jake, a lot of people hated MBNA. But you know those tactics, like the ones highlighted in the Nightline interview, are still going on.

I have been told by CSRs that they have internal contests. Whoever can get the most balance transfers done, wins. I imagine they have contests for a lot of stuff.

A couple of people who could not do there job spreading lies.. that is all that this story is about..

MBNA was also famous for ratejacking.

Anon, so they are totally lying? They never engaged in any of those practices?

No more than any other Company. If you have a job you have goals to hit.. Selling balance transfers is no different that Car of insurance salesmen selling their products. The Customer can always say no.

Weren't they also pushing those direct deposits at 0%?

Heck, I remember a BOA CSR trying to push a $40,000 direct deposit on me last year. This was for my Merrill card. I certainly had the choice to decline or accept, but there was absolutely a "push" feel to it. I asked the CSR if they got compensated if I did take the DD. She said that they had internal contests. The more they got us to accept the DDs, the better her chance to win.

I imagine they are aggressive with these DDs.

While I am disgusted, I figured as much. Though, the celebrating behind the scenes is truly amazing.

It's a lesson to us all, PIF, PIF, PIF - money is never truly "interest free".

Sounds like some people think these were anomalous employees. Just aggressive employees who pushed the envelope.

I personally think that it's more widespread than that.

Of course it is; that's what they do.

I was on to them though, I paid it all back before they could jack me.

Yep. I paid them back, too. Those meanies could not get me. Plus, they waived the fee.

How many people do you think end up in serious trouble trying to roll 0% cash advances into 30 day CDs, especially considering the grace period is usually 20 days.

Jake, what do you mean?

I mean people taking out a cash advance and investing it short term. Any company that manipulated the due date would end up leaving the person in a lurch, especially if processing the check took a little longer than usual.

Jake, that's why you had me confused. These BTs and direct deposits are typically not 30 days. They're often 6-12 months. Therefore, you would not have the problem you're referring to.

It will take another 5 years for the crap MBNA put on my report to stop stinking.

Good luck with that, J.

MBNA drafted BACPA (the bk reform bill). The language in many Sections is incomprehensible. When you have judges referring to the 'hanging paragraph' you think they must be talking about your sixth grader's homework.

The Credit Card Bill of Rights should live to see the light of day!