In Credit Crisis, Some Turn to Online Peers for Cash 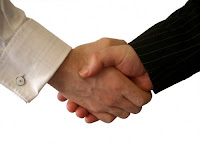 Looks as though online lending (also known as peer-to-peer lending) gained steam as the credit crisis reached a fever pitch. That's the take from Economix, a New York Times blog. Most noteworthy, according to Economix, is that more traditional-looking borrowers may be looking to p2p for funding needs.

Previously, most of the online lending went to consumers with checkered pasts (and low FICO scores) -- pasts that made it difficult for them to tap traditional lending sources. Indeed, p2p's growth was choked off because lenders were less willing to lend to these kinds of risks. Growth trends, though, could be changing, according to Economix.

From the blog: In Credit Crisis, Some Turn to Online Peers for Cash (link here)

Devin Pope, an economist at the Wharton School of the University of Pennsylvania who studies p2p lending, told me that at Prosper the “fraction of funded loans going to individuals with higher credit scores has increased over the last year.” Interestingly, the total number of loan applications did not change. But better risks seem to be seeking credit though this nonconventional source. As a result, the volume of funded loans at Prosper increased by 41 percent from April 2008 to September 2008 compared with the preceding six months.

In the past, these p2p sites were seen as lenders of last resort. It'll be interesting to see if p2p sites, such as Prosper, are able to consolidate some of their recent gains -- and continue to pick up more customers who don't have the baggage that so many of the borrowers tend to sport at these sites.

I just can't see these types of lenders (P2P) becoming a significant source of lending on any level.

Haha. That's why I thought this story was noteworthy. I think the same thing as well. But you have the NYT blog thinking otherwise.

It's hard to say, I doubt people who can't qualify for a secured card will be helped by P2P lenders. People with better scores who can't get HELOCs because the market is correcting itself may end dealing with the P2P process out of necessity.

I think that's probably what is happening, Jake. Out of necessity, these borrowers turned to p2p. Does this trend having staying power?

That remains to be seen. And I personally doubt that it does.

With the stock market not looking so good and banks paying fractions of a percentage point on savings, P2P lending doesn't look like all that terrible an investment with carefully chosen loans.

DM, you suggesting that you would be a lender to the right borrower?

I actually have made loans via Prosper, funding $50 and $100 pieces here and there. I have had some chargeoffs but am still at 10% or so (before taxes) return.

I agree that P2P will never become mainstream it's just that the trend of people with 'good credit' needing them more often might mean something ominous.

Maybe it's nothing at all. It could just be a matter of traditional sources of credit getting a little tighter.

And I wonder what other creditors would think if they saw a Prosper trade line on the credit report. Do Prosper loans get reported to the bureaus?

CM - by the student loan market - can I assume you mean private loans? Doesn't seem the federal loans have gone anywhere since they aren't credit based....

Also, let me be the first to say: I trust no one. No way. No how. Would I ever ever ever loan money to a stranger over the internet. I don't care if they have perfect credit and haven't missed a payment in 35years and my great aunt Cecilia vouches for them. Nope, nuh-uh.

Lion, yes. The private student loan market. Sorry about that. Should have been more specific. The government loan program requires no credit check at all.

Typically P2P loans do not get reported to the credit bureau. There are, however, more "collaborative" bureaus (not Equifax, TransUnion, or Experian) distributing this data to credit providers.

Prosper reports to EX only. Lion, just so you know, I asked Prosper about the loans they characterize as "student loans" and they are not considered to be student loans for the purposes of the bankruptcy code. So as a lender, there's no more security for them than for any other personal loan.

DM, that's very interesting. So a person who has no regard for credit could get a loan at Prosper (for educational purposes) and then BK it out.

CM, that's my reading--though I've seen other people interpret the bankruptcy code as potentially meaning that even credit card charges used for educational expenses could have their dischargeability challenged. But since the folks at Prosper being the lender of record (they aggregate the individual lenders' capital contributions and are the legal loan holder) only consider them personal loans, it's not an issue that would end up being raised. So yes, it seems someone could create a listing, say it's for school, and subsequently include it in a BK.

CM, this may be relevant to you or your classmates as current law students--the Graduate PLUS program, while administered by the Federal government, requires the student to not have an "adverse credit history" and is thus at least somewhat credit-based. (This is in addition to the Stafford loan program which is indeed not based on the student's credit). If a law student is using private loans, it is worth his or her while to look into replacing them with Grad PLUS which down the line will be eligible for deferment and income based/income contingent repayment conditions that private loans won't offer.

Thanks, DM. I am about to graduate. Too late for me to tell my colleagues about Grad PLUS loans. Plus, sadly, my law school colleagues aren't really into this credit stuff. I have a few school friends who subscribe to this blog, but most of them don't seem interested.

Congratulations on your impending graduation and I hope your colleagues see the light sooner rather than later. I had figured that a legal education would tend to make a person more perceptive to what's at stake with respect to credit.

Thanks, DM. You would think that a light would go off in their heads but they have tunnel vision with law books and bar prep. Credit is something they'll think about later. They think that because they have no money, they don't need to worry about credit.

Regarding BK and student loans. Many courts have taken the opinion that any credit you use to pay for tuition etc cannot be discharged.

Say you use a credit card to pay your tuition. Then you file BK. The CC company can claim it is an educational "loan" and fight to have that amount nondischargable.

However, money owed directly colleges (charges in excess of financial aid and loans) is dischargable in BK as it is not a loan.

But all of that is subject to your individual court.

Thanks, Lion. Learn something new every day.